The 2013 Android Vulnerability of the Year 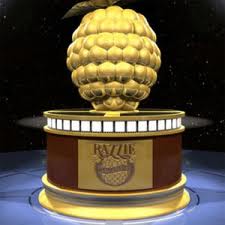 Were we to pick the most notorious 2013 Android vulnerability – the dubious award would undoubtedly go to CVE-2013-6282. A privilege escalation flaw released in October and affects all Android versions 4.0-4.3.

What makes this vulnerability so abysmal? After all, it hardly gained any press coverage and was mainly discussed in smaller highly technical and focused forums. However, both our research and that of fellow researchers, has proved that behind the scenes lies a basic operating system vulnerability that:

1. Affects most devices running Android versions 4.0-4.3
Including Samsung Galaxy S3/4, Samsung Galaxy Note 2/3, Sony and Motorola. Essentially, affected devices include all Android devices running Linux Kernel 3.0-3.5.4
2. Is exploitable through multiple local and remote attack vectors
Infection can be done through a remote access as well as through a cable or physical access. For example, exploitation means include:

4. Allows the bypassing of SEAndroid – Android’s new security enhancement feature
The nature of the vulnerability allows an attacker to disable SELinux – the component that is the basis for SEAndroid (see the technicalities section for more information). Consequently, any Android app – with any level of privileges – can run root privileged code (i.e. this is the privilege escalation part). Similarly, it is highly likely that an exploit can bypass KNOX – Samsung’s security enhancement features. The reason is that the the KNOX implementation relies on SEAndroid access control and validation that the SEAndroid was not compromised. The validation of SEAndroid is checked by KNOX’s TrustZone component, and it is only a question of how easy it is to bypass it. Admittedly, we have not tested this against KNOX but our argument receives support by the fact that a patch for certain KNOX devices was rolled out.

5. Corresponding exploits bypass various 3rd party security protections such as:
MDM, secure containers, wrappers protections, as well as mobile anti-virus (AV) and other signature-based technologies
Since this vulnerability can be exploited using a myriad of system calls there is no simple way to block the different possible exploits without fixing the security flaw. Additionally, signature analysis on applications will not be able to sign on all possible exploit possibilities.
Furthermore, such an exploit can easily lead the way to the installation of a mobile remote access trojans (mRAT) which can bypass MDM solutions, as we’ve demonstrated at Blackhat.

6. Remains unpatched by most vendors
We do know that the official Google devices, branded as Nexus, running Android version 4.4 are patched. It is also seems that some Samsung Galaxy devices running Open Europe ROM are patched. What about the rest? It’s not clear which and when the devices were or will be patched.

Now that we’ve surfaced the severity of the vulnerability, it’s time to dive into the technical waters.

The vulnerability exists in the Linux Kernel on ARM devices. In certain scenarios when the kernel copies data between user-space and kernel-space, certain checks are not enforced. This means that a normal application can read and write to/from arbitrary places in the kernel.

A common way to exploit this vulnerability is to overwrite the uevent_helper field in the kernel. This field specifies which process the kernel is currently running in order to notify the user-space of hardware events. Although this field is generally not used by Android (a different mechanism is typically used for event notification), it usually remains active.

Similarly, an attacker can exploit this vulnerability to disable SELinux. This is usually trivially done by overwriting the value of the selinux_enforcing field in the kernel.

Looking forward towards 2014, we can assume that Google will continue its work towards fortifying the Android operating system. Consequently, we believe that attackers will become more creative in their attempts to bypass SEAndroid. More so, we can expect to see more focus on other attack surfaces, especially: