The Spy in Your Pocket, Part 1: An Overview of Mobile Remote Access Trojans (mRATs)

We’re excited to present at the upcoming RSA 2014 at the end of the month. Our talk “Practical Attacks against MDM Solutions (and What You Can Do About It)” is going to focus on various threats to mobile devices and how mobile Remote Access Trojans (mRATs) are able to bypass current detection solutions.

Leading up to the conference, we’d like to provide you with this short series overviewing mRATs. We hope you’ll find this educational series not only interesting, but useful as well when planning your mobile security strategy. 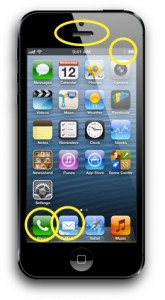 As its name implies, a mobile Remote Access Trojan (mRAT) takes full control of the sensors and the hardware of the mobile device without the owner’s knowledge.
An mRat on an infected employee’s device is capable of:

What types of mRATs exist?

The spectrum of mRATs ranges from high-end ones used by governments, to those used within cybercrime toolkits; and even less sophisticated mRATs which are basically commercial surveillance toolkits:

To get a clear notion of how prevalent mRATs are in reality, Lacoon Mobile Security partnered in June 2013 with a global cellular network provider and randomly sampled 650,000 subscribers. Here are the results: 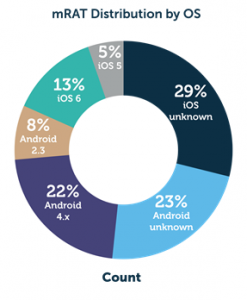 A few interesting results include:

Infection of mobile devices can be done remotely – such as via receiving an email containing the malware, or locally – for example, through the usage of a USB cable.

The various infection methods differ between Android and iOS-based device. In our upcoming entries on mRATs, we’ll delve into each operating system separately.