This week’s update focuses on the technological advancement dilemma: simplicity vs security. With some of their new updates, both Google and Apple seem to be voting firmly in one direction – and it doesn’t seem to be security. We can’t possibly ignore the FIFA World Cup that kicked off in Brazil on Thursday. We’ve tried to provide a few security tips that might help users that are planning to travel to Brazil to take part in the festivities. 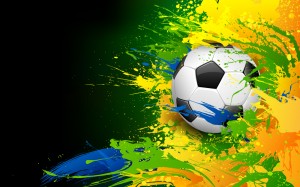 Why is this Significant?
This is a perfect example of the dichotomy of technological advance. Apple undoubtedly views all of these updates as positives – things that many users and developers requested. While mobile security is growing in importance within the corporate and business world – these updates shows us that there is still some way to go when identifying the neccessary attention and prioritization given to security aspects of a mobile OS.

Google developers have made a change to the automated update process of Android apps which may be dangerous to users. Following the change, Android requires next to no user interaction and provides little disclosure on the changes in permissions, such as the sudden ability to send potentially costly text messages or track a user’s precise geographic location. This can be taken advantage by attackers and users are in danger of being duped.

Two potential examples of updates that won’t be disclosed anymore are:

Why is this Significant?
This is part of the overall effort by Google to streamline and simplify the process of installing updates. As many users don’t read and/or understand the permission system – Google are just skipping it. While this might be comfortable for many people, this poses a significant security risk to enterprises.

As mentioned, this week sees the start of the 2014 FIFA World Cup in Brazil. With hundreds of thousands of fans descending on the Copa Cabana, mobile security is definitely worth discussing.

There are several kinds of threat that tend to appear around mass events like the world cup: