As part of our ongoing research into Apple’s iOS environment, we analyze mobile apps from various perspectives.

During a routine analysis of the Gmail 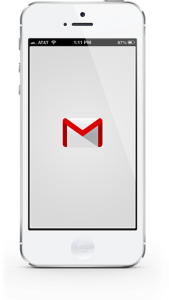 iOS app we unexpectedly came across a vulnerability which enables a threat actor that is performing a Man-in-the-Middle attack to view, and even modify, encrypted communications.

In general, secure communications rely on encryption, i.e. SSL, between an app and the back-end server to prevent prying eyes from seeing into content during transmit. The problem with using just SSL is that a threat actor can impersonate the back-end server by creating a spoofed SSL certificate. The certificate is essentially a validation that the server is who it claims to be (in this specific scenario, that back-end server is Google’s Gmail).

By impersonating the legitimate server (i.e. performing a Man-in-the-Middle) through the usage of a spoofed SSL certificate, the threat actor can open up the encryption, view, and even modify, all communications in plain-text – including passwords, emails, and chats.

The Vulnerability: Gmail’s iOS App Does Not Perform Certificate Pinning
Unexpectedly, we found that the Gmail iOS app does not perform certificate pinning. As a result a threat actor can perform a MitM attack and open up the Gmail encrypted communications. The victim does not receive any indication of suspicious activity.
We were quite surprised by this finding because Google had implemented certificate pinning for their Android Gmail app. Clearly, not implementing this for iOS was an oversight by Google.

Lacoon’s research team informed Google about this problem on February 24. Google had recognized this flaw and validated it. We were told that they were going to fix this issue though to date, this vulnerability still exists.

What does a MitM attack for iOS apps that implement SSL encryption look like?
The threat actor performs the following steps:

Were there similar vulnerabilities in other apps in the past?
Yes. Not using certificate pinning is a great concern when it comes to targeted threats. In fact, this issue has been raised before by previous researchers. For example, following Facebook’s $19B acquisition of WhatsApp, researchers found that WhatsApp had never used certificate pinning.

How to mitigate these types of vulnerabilities?
First and foremost, it’s up for the mobile app developer to implement certificate pinning. With enough public concern, let’s hope that app developers start listening to their customers and placing the necessary security measures.

In the meantime, enterprises dealing with corporate apps that do not implement certificate pinning should follow these best practices: