As Mobile Malware evolves, how do you protect yourself from Mobile Spy Apps like Windseeker? 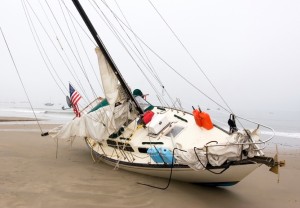 Recently, our research team spotted a new Chinese Android surveillance app that implements a new, unique injection technique. How is this significant? It clearly demonstrates the ongoing evolution of malware capabilities in mobile operating systems — adopting the same methods from the PC world.

While this tool is intended for use in China due to the intended targets as Chinese instant messaging apps (WeChat and QQ) and monitored chats being in Chinese, it’s important to understand that this type of threat could be implemented anywhere.

The target can see that the Windseeker app is installed, but they don’t know that it is monitoring their instant messaging chats.

What is New about Windseeker (aka “Give Me the Technical Details!”)?

How  can a Mobile Device Become Infected with Windseeker?
Typically, a threat actor might infect a device using one of two methods:

With the use of third party and gray market app stores, this can be a challenge for the enterprise as placing restrictions on this is hard to enforce. For organizations looking to reduce their risk not only in China but globally, having an advanced mobile threat detection solution in place can help with identifying these types of threats to reduce your risk and potential data loss.

What does the Future Hold in Terms of Mobile Surveillance Software?
This kind of hooking technique is not common in the mobile area. Up until now, commercial mobile surveillance apps usually obtained an app’s data through the file system or through a memory dump.

This hooking technique marks a new step in the evolution of malicious activity in mobile, which resembles the way PC-based malware has also evolved over the years. It’s only a matter of time until we see these adopted techniques become widespread and move into general mass-targeting mobile malware.

Thanks goes to fellow Senior Security Researcher Daniel Brodie for assisting in writing this blog.