October’s ‘Most Wanted’ Malware List Shows Attacks on the Rise

The team found that both the number of active malware families and number of attacks increased by 5% during the period, pushing the number of attacks on business networks to near peak levels, as seen earlier this year. Locky ransomware attacks continued to rise, moving it up from third to second place, while the Zeus banking trojan moved up two spots, returning it to the top three. The reason for Locky’s continued growth is the constant variation and expansion of its distribution mechanism, which is primarily through spams emails. Its creators are continually changing the type of files used for downloading the ransomware, including doc, xls and wsf files, as well as making significant structural changes to the spam emails. The actual ransomware itself is nothing exceptional, but cyber criminals are investing a lot of time into maximizing the number of machines that become infected by it. For the seventh consecutive month, HummingBad, an android malware that establishes a persistent rootkit to carry out an array of malicious purposes, remained the most common malware used to attack mobile devices.

Once again Conficker retained its first place position as the world’s most prevalent malware, responsible for 17% of recognized attacks. Both second placed Locky, which only started its distribution in February of this year, and third placed Zeus, were responsible for 5% of known attacks. 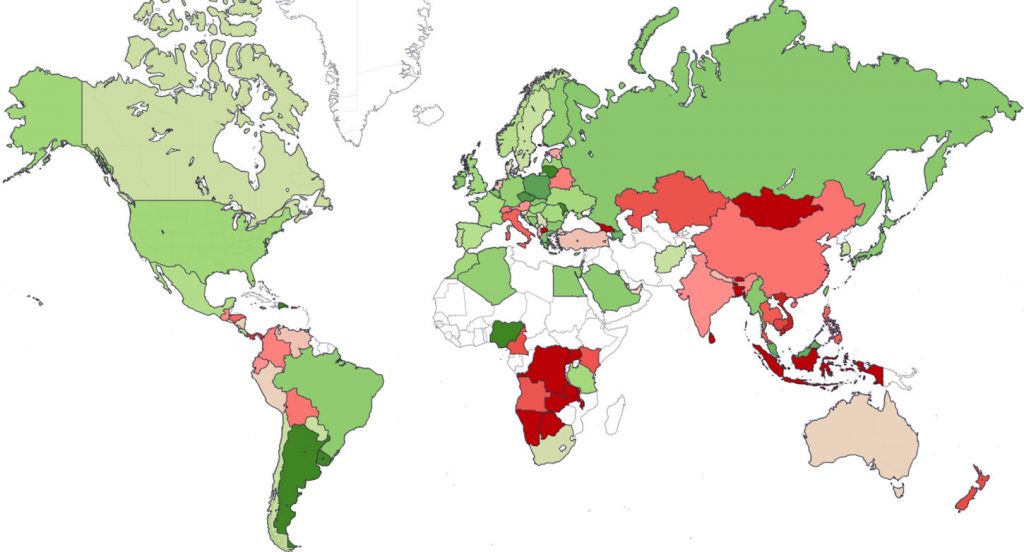 Nathan Shuchami, Head of Threat Prevention at Check Point explained, “With the number of attacks and malware families increasing, the scale of the challenge organizations face in ensuring their networks remain secure is tremendous. The fact the top ten malware remained virtually the same as September suggests that cyber criminals have enjoyed a considerable amount of success with these attack methods, signaling to organizations that they need to proactively respond to protect their critical business assets. It is particularly concerning that a malware family as established and well known as Conficker is so effective, suggesting that organizations aren’t using the latest, multi-layered defenses.”

Check Point’s Threat Index is based on threat intelligence drawn from its ThreatCloud World Cyber Threat Map, which tracks how and where cyberattacks are taking place worldwide in real time.  The Threat Map is powered by Check Point’s ThreatCloudTM intelligence, the largest collaborative network to fight cybercrime, which delivers threat data and attack trends from a global network of threat sensors. The ThreatCloud database holds over 250 million addresses analyzed for bot discovery, over 11 million malware signatures and over 5.5 million infected websites, and identifies millions of malware types daily.