Today, Check Point revealed that both the number of variants of ransomware and volume of malware attacks were on the rise in August, as the company disclosed the most prevalent malware families attacking organizations’ networks in the period.

During August, the number of active ransomware families grew by 12 percent while the number of detected attempted ransomware attacks increased by 30 percent. Two-thirds of all recognized ransomware families climbed the rankings in August, most of them by at least 100 positions. Check Point believes that the growth in ransomware is a symptom of the relative ease of broadly deploying ransomware once a variant is created, and also of the number of businesses simply paying ransoms to release critical data. This makes it a lucrative and attractive attack vector for cyber-criminals.  For the fifth consecutive month, HummingBad remained the most common malware used to attack mobile devices, but the number of detected incidents fell by more than 50 percent.

Check Point found the number of unique and active malware families had remained similar to previous months, as the use of malware stayed consistently high.  Overall, Conficker was the most prominent family accounting for 14 percent of recognized attacks; second placed JBossjmx accounted for 9 percent; and Sality was responsible for 9 percent, ranking in third place. In total, the top ten families were responsible for 57 percent of all recognized attacks. 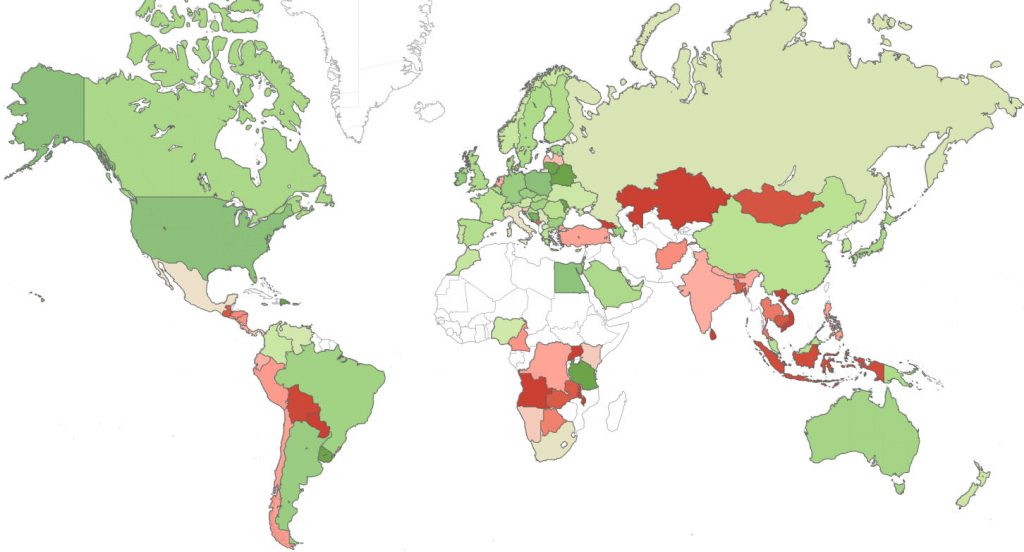 Check Point’s threat index is based on threat intelligence drawn from its ThreatCloud World Cyber Threat Map, which tracks how and where cyberattacks are taking place worldwide in real time.  The Threat Map is powered by Check Point’s ThreatCloudTM intelligence, the largest collaborative network to fight cybercrime, which delivers threat data and attack trends from a global network of threat sensors.  The ThreatCloud database holds over 250 million addresses analyzed for bot discovery, over 11 million malware signatures and over 5.5 million infected websites, and identifies millions of malware types daily.