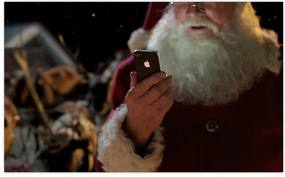 We’ve been expecting an iOS7 jailbreak tool for some time. After all, researchers have been working towards this for the past few months, and the rumor mill was working overtime. Timing its release on 22nd of December, evasi0n7 JB was one holiday gift we weren’t excited about.

A jailbreak removes all the built-in iOS security mechanisms (such as the iOS Sandbox model). Ultimately, it enables the execution of non-Apple certified code.

The evasi0n7 JB is the first jailbreak tool which affects all iOS7-based devices – versions 7.0-7.0.4. More so, it leaves the device in a jailbroken state also after a device reboot (aka as an “untethered jailbreak”). Behind the scenes, the jailbreak performs a series of exploits of operating system and firmware vulnerabilities.

The tool itself requires a physical connection to the mobile device (i.e. a cable between the computer and the device). Once the jailbreak is performed, it installs a non-official Cydia– an app marketplace for non Apple-certified apps.

Installation (and Deactivation) of Taig – a Chinese app marketplace

Interestingly, if evasi0n7 JB identified that the computer running the jailbreak has defined Chinese as its main operating system language, then the Chinese 太极 (taiji/ Taig) market app is installed. That said, evad3rs – the team behind evasi0n7 – had updated their tool today to disable the installation of Taig under the grounds of app piracy activities in Taig.

Jailbreaking devices poses a huge security risk on iOS-based devices. An adversary carrying out a jailbreak can perform any one of the following activities against their victim’s mobile device:

It is important to note that customers of Lacoon Mobile Security are alerted on any jailbreak attempt on an employee’s device.

We have tested this recent jailbreak on numerous iPhone devices running 7.x and we can confirm that it affects: iPhone 5s, 5c, 5, 4s, and 4.

Unfortunately, for now, Apple is remaining silent on the vulnerability details which are exploited by evasi0n7 JB.  For those looking for further technical details, you can find some of them here:

Update Dec. 28:  Commercial mobile surveillance software require a jailbreak in order to be installed on user devices. We’ve noticed that mSpy – one of these commercial mobile surveillance software, had already updated their website to include support for iOS7. As an anecdote, mSpy is also the top contributor for https://isios7jailbrokenyet.com/ – a crowd-funding open source effort towards an iOS7 jailbreak.