Marcher Marches On: The Anatomy of a Banker Malware

Not very often do we have the chance to observe the full flow of an attack. Usually, we can analyze the malware itself and, in some cases, we manage to identify the infiltration vector. But today we’re laying out the full attack flow of the infamous Marcher mobile banker malware. 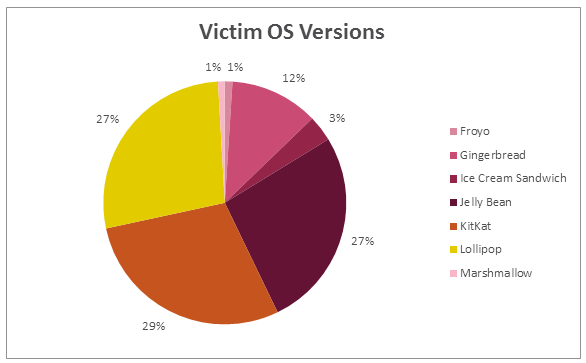 Getting In – Flash Phishing

Phishing is still an excellent way to trick people into becoming infected. Below is an example that sent to a Check Point employee: 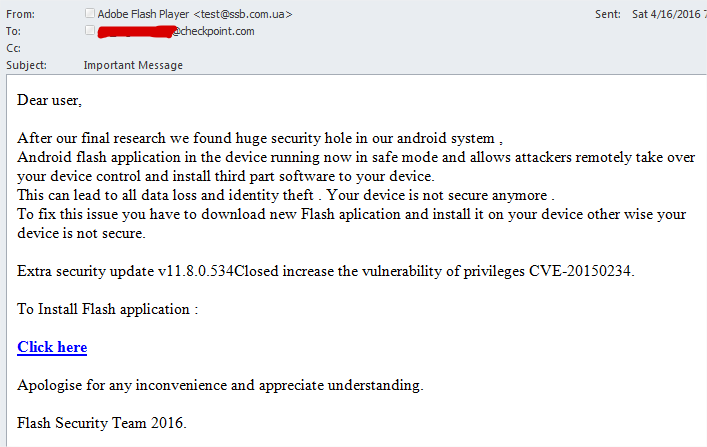 As you can see, the attacker spoofed his “name” but used a very suspicious address, certainly not one Adobe would use. The phishing is also clearly aimed at Android devices.

If the user clicks the link, it starts a three stepped process, deceives the user into enabling installation from unknown sources (outside Google Play) and then downloads the malicious app. 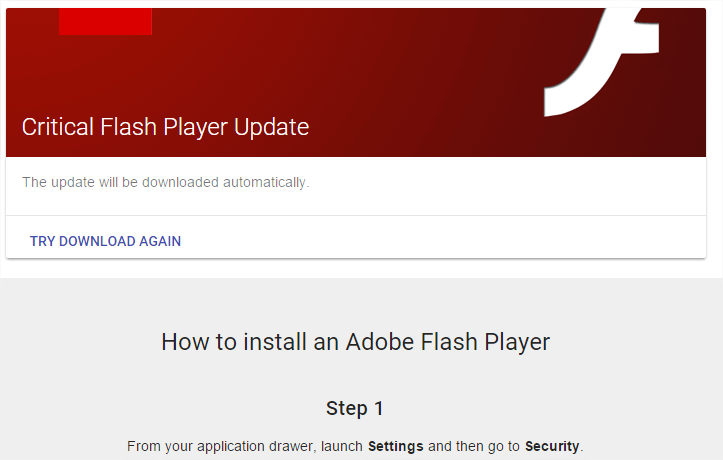 Once the app is downloaded, it requests extended permissions which enable it to achieve its malicious mission.

On Your Device – The Banker Malware Itself

Marcher is a relatively ordinary banker, but this new version is capable of bypassing Two Factor Authentication (2FA) by stealing SMSs sent to the device. Similar to the infection flow, it achieves this by persuading the user to grant the malware with additional permissions. The Check Point research team has previously reported about this capability used by banker malware.

The malware first steals the list of all apps installed on a device and sends this list to its C&C server to see whether the device contains an app targeted by the malware. Once a targeted app is launched by the user, the malware will present an overlay of the login page to steal the user’s credentials.

The apps targeted in this campaign are all Australian and include the following:

Marcher also targets PayPal, and other samples were reported to target a broad range of banks across various countries. But Marcher goes the extra mile and lures users into logging into their accounts by spoofing notifications from the apps. Once they log into the app, their credentials are stolen.

Completing the Malicious Mission: Data Sent to the C&C

This is an area rarely witnessed by the outside world. We managed to take a look at the C&C repository to see what the attackers were hiding there. We found data collected from infected devices: 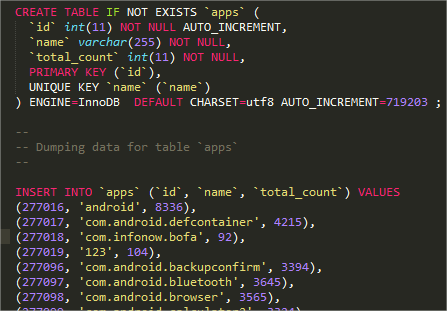 And oh, the irony!